The Irish population may be lacking the vital micronutrient, Selenium

The micronutrient Selenium is essential for the health of our immune system, thyroid function and reproduction, among other things. But unfortunately the Irish diet appears to be deficient in this vital substance. Read on to find out how to deal with that problem.

According to a recent report from the Food Safety Authority of Ireland, the intake of the essential micronutrient, selenium, may be insufficient for much of the Irish population, which could pose a serious problem, considering that selenium is critical for maintaining general health and wellbeing.

Fuel for our selenoproteins 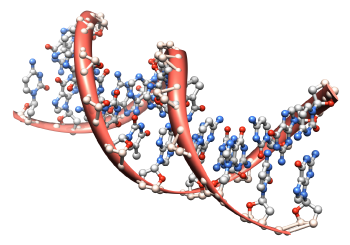 Years ago, British scientist Dr. Rachel Hurst from the University of East Anglia set up a study to determine how much daily selenium it would take to reach optimal selenium status, which is measured by assessing the saturation of a selenoprotein called selenoprotein P.

A group of 50-64 year-old British subjects with suboptimal selenium status were randomly assigned three different dosages of selenium yeast (SelenoPrecise® from Pharma Nord) to see how they responded.

Optimal selenium status was reached with a daily selenium intake of 100 micrograms, which is about twice the amount derived from the average Irish diet. Her research is published in the American Journal of Clinical Nutrition. 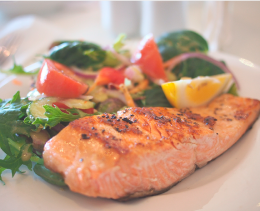 Interestingly, a Danish study published in the science journal Nutrients in 2015 showed that even consuming a diet rich in fish and shellfish, which are considered good selenium sources, did not translate to reaching optimal selenium status. Test participants ate five weekly servings of seafood for a period of six months, but none of them reached the saturation level for selenoprotein P, showing that even a rich seafood diet didn’t cut the mustard.

There is mounting evidence to support selenium supplementation now, especially for those living in low-selenium parts of Europe. SelenoPrecise® from Pharma Nord contains 100 micrograms of highly bioavailable organic selenium yeast, which is widely documented for its exceptional absorption. According to published research, 88.7% of the selenium content in SelenoPrecise® is absorbed directly into the body, and 74% of the absorbed selenium is retained in tissue, which is immense, relative to other selenium options on the market.

BioActive Selenium + Zinc contains SelenoPrecise® and zinc plus vitamins C, B6, and E, making it incredibly powerful for immune health, thyroid function and as an antioxidant to protect the body cells from oxidative stress.