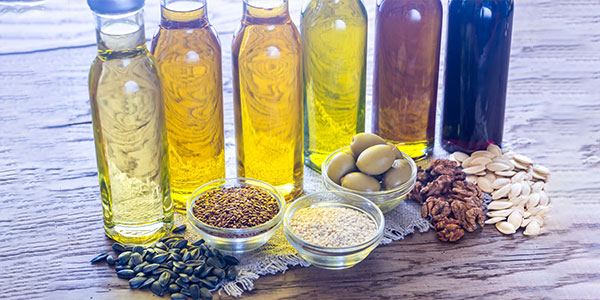 Fatty acids (E-570) are actually a food but can be used as an anti-caking agent and tablet excipient.

Although fatty acids are closest to being a food, this group of substances has nevertheless been given E-number 570. In dietary supplements, they are typically used as an anti-caking agent and tablet excipient. The group of fatty acids typically includes stearic acid, palmitic acid, oleic acid and myristic acid but may also include other acids found in fat.

There is no quantitative limit on how much fatty acid may be used in preparations which may well contain excipients.

In Pharma Nord's curcumin preparation, the fatty acids are used as emulsifiers, which means that they bind water and fat-soluble substances in the preparation together. This helps to increase the uptake.