Dosage
Take 1 tablet twice daily. Preferably after a meal, tablets should be swallowed whole. For oral use only.
Do not exceed the recommended daily dosage.

Not for use in children or adolescents under 18 years of age.

Read the package leaflet before use.

Storage
Do not store above 25°C.
Store in the original package to protect from moisture.
Keep out of the sight and reach of children.

Do not take this product if
You are allergic to ginkgo biloba extract or any of the other ingredients.
You are pregnant or breast-feeding.
If your symptoms worsen or persist after 2 weeks of taking Ginkgo-Biloba Pharma Nord, inform your doctor.

What is Ginkgo-Biloba Pharma Nord?

Ginkgo-Biloba Pharma Nord is a traditional herbal remedy in pharmaceutical quality. It consists of coated tablets, each containing 100 mg of refined dry Ginkgo leaf extract. They have up to 27 mg of flavone glycosides, 3.4mg of ginkgolides and 3.2mg of bilobalides. Ginkgo-Biloba Pharma Nord is a traditional herbal medicinal product used to alleviate the symptoms of poor blood flow in conditions such as cold hands and feet, exclusively based upon long-standing use.

Ginkgo-Biloba Pharma Nord makes it possible to improve the flow of blood through the brain and blood vessels of the body. That way, cells are supplied with more oxygen and nutrients to stimulate the functions of the body and brain. Many people find Ginkgo-Biloba to be helpful against cold hands and feet.
The high content of active compounds makes it possible to obtain the desired effect with 1 tablet twice a day.

When the blood supply to the cells and tissue is reduced, it may give a tendency to cold hands and feet. Ginkgo-Biloba Pharma Nord is a traditional herbal product, which can help in these conditions. Because of the increased bleeding risk, it is advised not to use Ginkgo products prior to planned surgery.
Remember that health problems which require treatment should always be supervised by a physician.

Without Ginkgo-Biloba Pharma Nord: After 10 minutes the skin temperature increases from 12.6 to approx. 20°

After using Ginkgo-Biloba Pharma Nord: After 10 minutes the skin temperature increases from approx. 13.8° to approx. 30.9° C

The thermal photography shown above depicts the flow of blood through the hands of a person before and after taking Ginkgo-Biloba Pharma Nord. The hands are submerged in 7° cold water for two minutes and photographed shortly after. After 10 minutes, the hands are photographed again.

What is Ginkgo biloba? 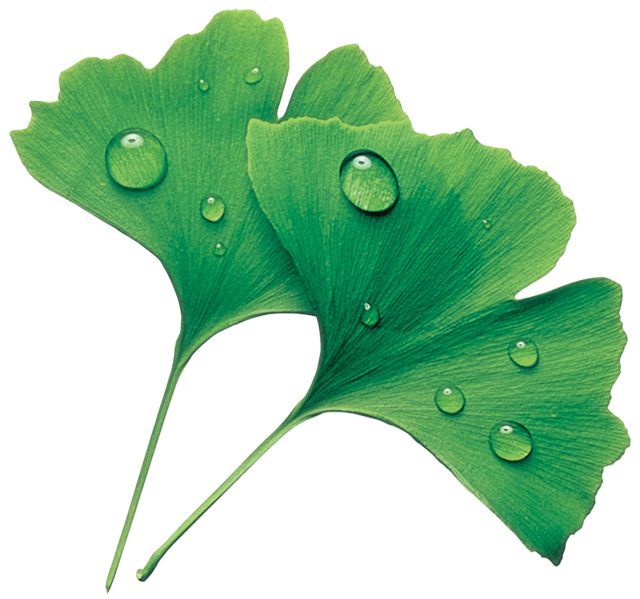 Ginkgo, also known as Maidenhair Tree, originates from Southeast Asia. For centuries, extract from the leaves of this tree has been used for therapeutic purposes. This tree, which is not related to any existing tree species, has existed for 240 million years and is occasionally referred to as "a living fossil". It is extremely sturdy and grows easily to a height of 30-40 meters.
The Ginkgo tree came to Europe in the 17th century. Its characteristic fan-shaped, bi-lobed leaves contain several active ingredients, of which ginkgoflavone glycosides and terpene lactones are believed to constitute those with the therapeutic properties.

If you really want the full benefit of Ginkgo biloba, Ginkgo-Biloba Pharma Nord is the best choice. International studies show that this composition gives the best 'value-for-money' in all respects.

A Dutch study of 21 Ginkgo biloba products concluded that Ginkgo-Biloba Pharma Nord is the purest product on the market2.

Another Dutch study of 13 different Ginkgo biloba products made by the Dutch consumer organization "Consumentenbond" concludes that the Ginkgo biloba extract in Ginkgo-Biloba Pharma Nordis superior in quality and ensures the highest degree of active dose - making Bio-Biloba the absolute best Dutch purchase, when you compare price with dose3.

This graph below shows the antioxidant activity of 18 Ginkgo preparations where Ginkgo-Biloba Pharma Nord was best.

Indications
Traditional herbal medicinal product used to alleviate the symptoms of poor blood flow in conditions such as cold hands and feet, exclusively based upon long-standing use. Always read the leaflet.